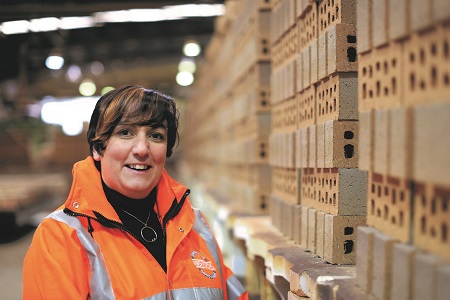 A new report published by skills and education ‘think tank’, EDSK, has found that ‘millions of pounds’ of the government’s Apprenticeship Levy are being spent on so-called ‘fake apprenticeship schemes’, which, in reality, are ‘relabelled degrees or training courses for existing staff’.

The publication of Runaway training – Why the apprenticeship levy is broken and how to fix it, follows a Construction Industry Training Board investigation, which revealed that the sector must attract over 1,000 new recruits annually to meet projected growth targets over the next decade.

Leading clay and concrete building materials manufacturer, Ibstock, is calling on the construction sector to ‘double-down’ on its commitment to apprenticeship schemes, and ‘fully recognise the vital role they play in attracting the talent of tomorrow’. Paula Wardle, Group Learning & Development manager, said: “Since launching in April 2017, the Apprenticeship Levy has been a vital resource for bringing younger people into the workforce. But to realise its full potential, businesses must ensure they are utilising it effectively.”

Ibstock says a recent Federation of Master Builders report found that 60% of senior construction specialists started their career as an apprentice. Currently, meanwhile, 22% of the workforce are over 50, and 15% in their 60s.

Ibstock’s own apprentice programme launched in 2012, with 40 engineering apprentices currently on the scheme. In December 2019, Ibstock Brick scooped the Gold Award for Best Apprenticeship Programme at the Training Journal Awards, with judges highlighting the business’s ‘clear understanding of best practice in learning and development… with clear evidence of the success the apprenticeship programme has achieved.’

Norwood was formed in 1972 originally located on the South Coast of England, the name originated from the location Norwood.
The company has since developed into one of the UK's leading partition solutions provider delivering; planning, design, manufacture and installation of bespoke steel partitions. Along with cleanrooms, doors,...