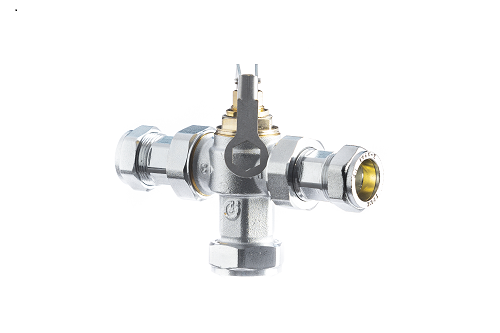 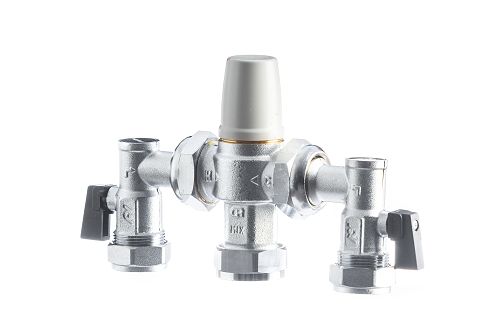 The complete removal of harmful bacteria, such as legionella, from potable water systems can present a challenge to plumbing engineers. Thermal disinfection is a commonly used practice as an effective way of killing the bacteria however, it can prove a cumbersome and timely method to disinfect the entire system right up to the outlet.

Conventional thermal purging methods used by engineers often only enable thermal disinfection up to the Thermostatic Mixing Valve (TMV) - missing a key area of the system between the TMV and the outlet commonly known as the ‘dead leg’.

To thermally flush the entire water system and protect end users, it is key that engineers can remove the ‘dead leg’ and completely rid the system of harmful bacteria. This is possible with a conventional TMV, however involves either removing or bypassing the valve for the thermal flush to take place. This is then followed by the need to re-commission or sometimes replace the valve entirely. This can add considerable time to the task, particularly in the context of a public building or hospital where there could be upwards of tens of outlets on the same system. To not install TMVs on the system at all to overcome this issue leaves a serious risk of scalding for users and contravenes G3 Building Regulations and NHS directives.

There is however a new TMV certified for use in the UK market, including in healthcare settings, that allows engineers to do this with ease – namely the Mixcal Careflo Plus®.

The Mixcal Careflo Plus has all the functions of a conventional TMV, such as blending hot and cold water and a failsafe function. The failsafe function monitors the water temperature and cuts the hot water supply if there are any issues with the cold-water supply. This is essential to preventing scalding of the end user, especially those who are vulnerable.

However, the Mixcal Careflo Plus® also has a unique thermal override function, allowing thermal disinfection to take place right up to the tap or shower head.  This not only saves considerable time as it removes the need to bypass the valve for complete thermal flush, but it also negates the need to recommission the TMV when thermal override is not in use.

To do this the Mixcal Careflo Plus® comes with a special tool that is then used to manually lift the thermostatic shuttle element and override it. As a result, the valve is time and cost friendly as the special tool makes it easy to override and complete the thermal disinfection process efficiently.

Due to the quality and design of the Mixcal Careflo Plus® it has been TMV3 approved, and it meets the requirements of BS 7942:2000 and the NHS model engineering specification D08. This makes it suitable for fitting in hospitals and other healthcare settings- protecting the most vulnerable in society. However, its thermal purging qualities, coupled with the standard TMV features, means that it is perfect for fitting in all settings and beneficial for all engineers and end users.