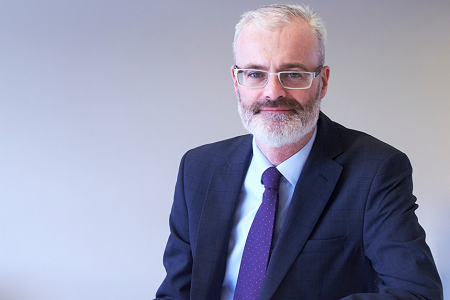 A poll of politicians from across the political spectrum carried out by YouGov on behalf of the Health for Care coalition reveals that ‘nine out of 10’ MPs say local government has insufficient resource to meet the growing need for social care.

Meanwhile, three in five believe the social care budget should be raised by £7 billion annually over the next two years. Health for Care – a coalition of 15 national health organisations led by the NHS Confederation – warns that the social care system needs ‘urgent and radical reform and significant investment’, and is calling on the Government to rapidly deliver on its manifesto pledge to transform the struggling sector.

As the Chancellor, Rishi Sunak, prepares to set out his budgetary statement on 3 March, the findings of a survey of nearly 100 MPs and over 500 English councillors highlight what Health for Care says is ‘the pressing need for a long-term funding strategy and swift transformation in social care’.  They show strong support for a long-term financial and workforce plan for the sector, and for a funding settlement of an additional £7 billion per year by 2023- 2024, as recommended by the Health and Social Care Select Committee last October.

Health for Care said: “The survey reveals a strong political consensus on the need for adult social care reform in England, which spans party divides and both national and local government. The COVID-19 pandemic has served to highlight once again the important interlinked relationship between health and social care, which has left both struggling to cope. Without a comprehensive and properly funded long-term plan for the sector, this important infrastructure is in peril.”

Health for Care says 1.4 million older people are currently estimated to have an unmet need for social care, yet, ‘despite this’ there have been dramatic falls in spending on social care in England, with figures showing a 12 per cent decrease per person over the decade to 2018/19.  The ‘coalition’ added: “It is now imperative that the Government lays out a new plan for social care, which addresses the complex problems it faces, including severe underfunding; an overstretched and under-valued workforce; a fragile provider sector; extensive unmet need; a lack of clarity about the cost of care, and a complex system to navigate.”

Danny Mortimer, chair of the coalition, and CEO of the NHS Confederation (pictured), said: “Decades of delay and inertia have left the social care system chronically underfunded and in desperate need of reform. As we slowly and cautiously ease out of the COVID emergency, we cannot delay this a moment longer. It is clear that the tragedy of COVID-19 has helped to cement a consensus in both parliament and local government that urgent action is needed to fix social care. There is also clear cross-party support for additional resources for the sector, and the need for a long term financial and workforce plan.

“The NHS and social care work side by side, and when one service does not work, the other suffers, and the pandemic has served to shine a stark light on how fragile and severely under-resourced the country’s social care system has become. We are now calling on the Government to commit to deliver both significant investment and concrete legislative proposals which give social care the future facing reform it so badly needs.”

Professor Helen Stokes-Lampard, chair of the Academy of Medical Royal Colleges, said: “It is really encouraging to see the widespread support for better resourcing for social care from MPs and councillors from all parties. Medical Royal Colleges all recognise that the social care system needs long-term reform and adequate funding – both for its own sake, and for the sake of the NHS. For the NHS to function effectively it is essential that social care is also functioning effectively in parallel.”

Nick Kirby, managing director of the Shelford Group of NHS hospital Trusts, said: “It is clear from these findings that there is cross-party support for urgent and thorough reform of social care. Now is the time to be more ambitious than ever, and to look at far-reaching changes that can make a real difference to people’s lives."

Dr Jonathan Steel, Royal College of Physicians’ lead fellow for social care, said: “It is encouraging that the majority of MPs think a long-term financial plan should be one of several priorities for the social care sector. There are many things we need to do to fix social care, but it all needs to be underpinned by a sustainable funding settlement to be effective.

“The recent white paper on NHS reform, which sets out how new legislation will hopefully enable more integrated care and services, is welcome, although the lack of a proper plan for social care was noticeable. We look forward to the government publishing its social care reform proposals later this year. The Chancellor’s Budget this week needs to deliver a significant funding increase for social care to get people the support they need and create a service we can all be proud of.”

‘Exceptional acoustics’ from canopies and baffles

Community diagnostic centre within Beales store ‘a first’ for the NHS

An eye to the future at Chorley facility

At record we are the largest manufacturer, supplier, installer and maintainer of automated pedestrian openings in the UK,  offering a wide range of solutions capable of fulfilling the requirements of practically any entrance, from from aesthetics, design, flexibility & budget.
For healthcare facilities where hygiene is paramount, our range of...

We are a global manufacturer with over 50 years’ experience of supplying quality specialist building products to the healthcare sector. Our solutions assist in increasing the lifecycle of the building fabric and reducing cleaning & maintenance costs, whilst meeting aesthetic and functional requirements of healthcare environments.
Our...