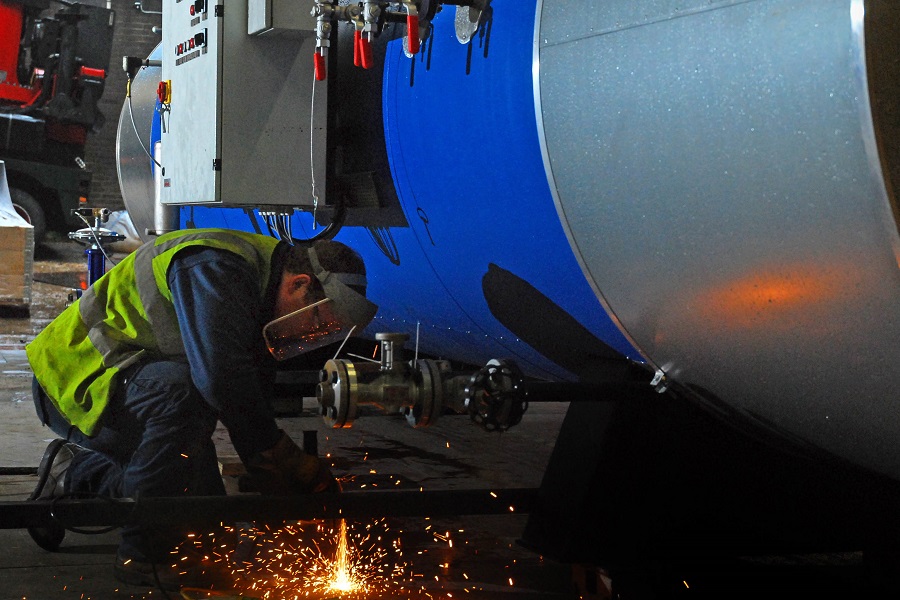 Veolia says it is now increasing energy savings at the Royal Berkshire Hospital in Reading following a 15-year extension to its existing contract.

The £9.7 million works already undertaken by the resource management specialist have seen the 740-bedded hospital move a step nearer a zero-carbon future via the installation of hydrogen-ready boilers, believed to be the NHS’s first use of first use of this technology. By installing more efficient boilers, reducing distribution heat losses, and improving heating and hot water system control, Veolia says the hospital will save around 3.8 GWh of gas and 850 tonnes of carbon annually.

Veolia said: “Our highly complex and difficult project at the hospital – which is self-funding from the energy savings achieved – entailed removing the existing steam generation and distribution and converting to Low Temperature Hot Water. This involved installing the new network, comprising around 3 kms of pipework and 44 heat exchangers, while the existing system continued to supply heating and hot water.”

The latest scheme’s funding via the Government’s Health Infrastructure Plan required its completion by the close of the financial year. Thanks to Veolia's experienced design and construction team, removal of steam dependence was successfully achieved by the end of March, with additional works extending into April. Site surveys, the system’s design, and negotiations of the contract amendment were all achieved within three months.

The Royal Berkshire Hospital provides acute medical, surgical, and maternity services to West Berkshire and Southern Oxfordshire. Veolia says its new contract builds on the success of the previous agreement signed in 2012, which saw it design and build an energy scheme that achieved a 25% carbon footprint reduction by 2015, and delivered energy savings of £920,000. Under the contract, Veolia designed, built, and funded a 2 MWe CHP unit, and a 1 MW waste heat boiler, and installed hot water mains and a plant management system to control the energy centre. Some 1,500 low energy lights installed in wards and circulation areas saved £30,000 a year alone, while the cost of the downstream energy management improvements was repaid through guaranteed performance savings.

Lutz-Jesco manufacture innovative Dosing & Disinfection technologies for water and wastewater treatment that include chlorine dioxide systems for legionella control or process water disinfection and onsite chlorine generation systems from the electrolysis of brine for potable, process or pool water disinfection. To compliment these...

The world renowned ‘Vernacare System’ of hygienic patient toileting and washing improves standards of patient safety and care. It avoids the expense and inconvenience of using clinical waste or chemical disinfection processes and is proven to reduce infection risk, save money and nurses' time, while improving  environmental performance.